mute videopause video
close video
Message Sent
Thank you for your inquiry. We will respond to you as soon as possible.

Maximize Your ImpactLeave a Legacy
of Giving

Make a difference in people's lives and always be remembered for your contribution while supporting the causes you care about.

You are at: Planned Giving > News > Personal Planner 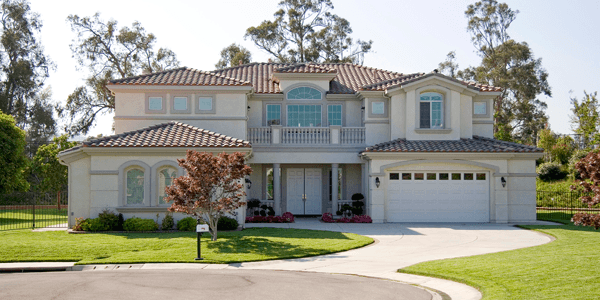 Bill and Alice started their family business many years ago. The early years were very challenging. Both worked without salary and it was a great struggle to finally get the business on a solid financial base. But after three decades of building the business, it now runs very well with an excellent cash flow.

They are now nearing retirement and enjoying this phase of life. Bill and Alice have their home, two IRAs and savings. But a major part of their net worth is the value of the family business. When they retire, they would like to sell part or all of the business.

Like many business owners, they face two major decisions. First, will they sell to family members or to an outside party? Second, should they sell for cash and pay a very large capital gains tax or should they use a tax-free sale through a special charitable trust to reduce or eliminate their tax?

In the case of Bill and Alice, they have decided that it will be appropriate to sell to a third party, and have had offers from two larger companies. After considering the offers, Bill stated, "I am a loyal American and I support my government. However, I have fully supported the government through taxes these past years! If there is a way to sell and reduce tax, I am very open to learning about that."

In summary, Bill and Alice have two major goals for the sale - they would like to have very good retirement income and reduce their taxes.

Sale and Unitrust for the Plant


Their negotiations proceeded smoothly with a potential buyer of their business. The business is operated as a limited liability company (LLC) and is worth $600,000. After negotiating for two months with the larger business, they agreed to sell the operating LLC for $600,000 and to lease the plant on a monthly lease. Because they started the business with no cash investment, all $600,000 of the cash payment for the LLC is long-term capital gain. Facing a major tax payment, Bill and Alice decided to sit down with their CPA George and discuss their next step.

Bill: "That's a big tax. It would be great if we could figure out a way to reduce the tax. We have been renting the plant to the new buyer. Last week they indicated an interest in purchasing the plant."

Bill: "Ouch! That sure will hurt us. Is there a better solution?"

George: "You already have sold the business for $600,000 cash and will have a very large capital gain. You might consider setting up a charitable remainder trust for two lives with the plant. If we set up that trust, the two of you could receive 6% income for your two lives. Hopefully, we can earn more than 6% over time and the principal would grow. The initial $600,000 would produce another $36,000 of income."

Alice: "But would it save taxes?"

George: "Yes, there would be two savings. First, if we transfer the plant to the trust and then sell to a new buyer, we save the capital gains tax on that sale by the trust. In addition, there is a charitable deduction for part of the value because after both of you pass away the assets will go to your favorite charity. The charitable deduction will be over $180,000 and that could save about $65,000 in taxes. With the tax-free sale and the $65,000 savings offsetting part of the $180,000 tax payable on the LLC sale, your net tax bill would be around $115,000."

Setting Up the Charitable Unitrust


Bill and Alice contacted their attorney. She drafted a charitable remainder trust and a deed. CPA George served as the initial trustee. Bill and Alice deeded the land and building into the two-life charitable remainder trust with George serving as the initial trustee. The trust then sold the property to the larger business for $600,000. Bill and Alice saved all of the capital gains tax and their income tax deduction produced additional savings of $65,000. Their net tax for the year was reduced from $360,000 down to $115,000.

Bill and Alice enjoyed their tax savings on their vacation to Hawaii. They were last seen smiling as they flew off into the sunset.


There are several important rules that George shared with Bill and Alice to make sure that all of the tax benefits are received. First, the sale cannot be prearranged. When the trust was signed and the plant deeded to George as trustee, he needed to have the ability to select both the purchaser and the price. It is not possible to create a binding contract for sale, fund the trust and still enjoy the capital gains tax savings. Fortunately, Bill and Alice understood this rule and allowed CPA George to sell the building after the trust was funded.

Second, it is helpful to have an independent trustee for sales that are completed over a fairly short period of time. Because it was obvious that the larger business was the logical buyer for the property, it was helpful for CPA George to serve as the initial trustee. If Bill and Alice later wanted to be in control, George could resign and they could take over as successor trustees.

Loans and Sales to Children

Let us help you with your gift plans

Learn more about ways you can support our organization, or if you've already included or are considering including a gift to us as part of your estate plan or in the form of another gift, we would like to recognize your support.